The iconic Earthrise above the lunar surface was witnessed by the human eye for the first time exactly five decades ago and it continues to inspire today, particularly through organisations like the Space for Art Foundation which brings together space exploration and art to encourage children who face difficulties and health issues in their young lives.

When we think about space travel, many of us imagine rockets, stars and travelling to faraway as-yet unexplored places. In reality, we are also looking for the connection back to ourselves - to home. There is no better example of this than the ‘Earthrise’ moment experienced by the Apollo 8 crew on 24 December 1968, awestruck by the beauty of their home planet rising above the desolate lunar horizon against the blackness of space.

Fortunately, for the rest of us, they reached for their cameras and photographed that moment. The Earthrise photograph is now iconic; one of the most famous of all the Apollo missions and one of Time Magazine’s 100 most influential photographs of all time.

That evening, during a live broadcast, astronauts Frank Borman, Jim Lovell and Bill Anders tried to give viewers an idea of how the Earth and Moon looked from the first manned spacecraft to orbit the Moon. Lovell said, “The vast loneliness [of space] is awe-inspiring and it makes you realise just what you have back there on Earth.” 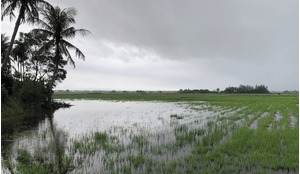