For nearly a decade, astronomers have been puzzling over the origin of a signal that is very bright but lasts only for a millisecond. Dubbed the ‘Lorimer burst’ this type of fast radio burst (FRB) has been linked to everything from signs pointing to an extra-terrestrial civilisation to the collision of two of the densest objects in the Universe. Now, with an upgrade to the largest radio telescope in the Southern hemisphere, scientists working on a project known as UTMOST are hoping to solve the mystery once and for all.

In astronomy, there’s nothing more tantalising than an unexplained signal. Throughout astronomical history whenever something has gone bump in the night, it has hinted towards a new phenomenon, be it pulsars or gamma-ray bursts.

One such ‘bump’ came to light in 2007, when astronomer Duncan Lorimer and his team from West Virginia University, USA, announced the discovery of a never seen before, extremely bright, coherent, millisecond duration radio pulse. This pulse was found in archival data of the Small Magellanic Clouds taken in 2001 with the Parkes radio telescope in New South Wales, Australia. The pulse, dubbed the ‘Lorimer burst’, exhibited a ‘dispersion’ sweep characteristic of all pulsars.

Pulsars are ultra dense, rotating neutron star remnants of a supernova explosion in our Galaxy, which emit jets of radiation along their poles. As the pulsar spins, these jets of radiation cross our line-of-sight emitting a ‘blip’ similar to the workings of a lighthouse. As the radio signal travels from the source to the observer on Earth, the higher frequencies arrive at the telescope a fraction of a second earlier than the lower frequencies.

Read more about the mysterious “Lorimer burst” in the full version of the article, available now to our subscribers. 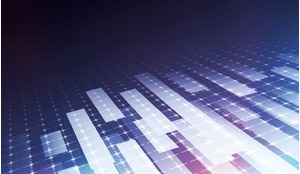 Why become a cosmonaut? To preserve knowledge