The first Disrupt Space summit was held in early April in Bremen, Germany, attracting 200 entrepreneurs and decision makers from 19 countries, all keen to use space to solve global industry and sustainability challenges. ROOM went along to find out what it was all about.

The space sector, which has traditionally been the domain of large telecommunication companies and government agencies, is experiencing a renaissance. Operating in a predominantly low volume, high-value market, the sector’s aptitude for disruptive, game-changing innovation has been mostly lacklustre since the Apollo era. However, new methodologies such as ‘agile aerospace’ are enabling rapid design cycles of complex space systems in a previously unseen way.

Innovative business models are being developed with the aim to commercialise and expand the sector’s value chain. Private venture capital investments across the space sector in 2015 alone have exceeded the previous 15 years combined. A disruptive change is happening right now and at an ever quickening pace. So far a majority of these activities are occurring on the west coast of the United States. In the rest of the world, including Europe, a lack of opportunities for innovative ventures in commercial space is still a common perception.

To begin to tackle this challenge, we gathered together two volunteer teams, one in Bremen, Germany, and one in Shanghai, China. We leveraged existing non-space grassroots entrepreneurial community building strategies, specifically, the concept of Startup Weekend, and applied it to Europe and Asia simultaneously.

Find out more about the Disrupt Space summit, its goals of kickstarting an international grassroots space innovation movement and some of the projects presented at the summit in the full version of the article, available now to our subscribers. 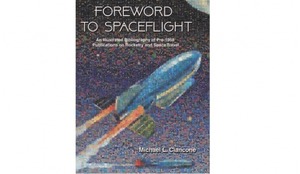 Visions of spaceflight before the Space Age 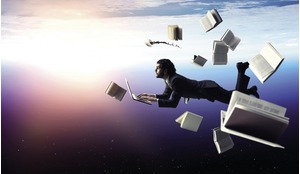