Just a year ago Dr Igor Ashurbeyli declared the creation of Asgardia, the first space nation in the history of the world. “Some may call me crazy - and it would not be the first time in my life,” he said at the time. Now, a year later, let’s consider whether this was so crazy after all.

Comprising philosophical, legal and scientific components as well as innovative technological concepts, the launch of Asgardia, as expected, received a massive amount of media coverage and provoked some controversy too.

It is not every day that the public and media are faced with such a bold and revolutionary new idea, promising tangible achievements in space.

Dr Ashurbeyli, a prominent Soviet-Russian scientist, was for many years a respected leader who created world renown models of aerospace machinery and equipment is now putting his lifetime of experience, vision and thinking into the creation of Asgardia.

One of his overriding ambitions is to contribute to safeguarding humanity from space threats, which ultimately includes the creation of a protective shield around Earth and the launch of permanent habitable platforms for Earthlings in case of potential crises. The practical basis of such a long-term vision is to start by building a solid and reliable foundation. So, what has happened over the past year?

In the first few days following the announcement there was an overwhelming response in applications to join Asgardia, and soon numerous user-initiated groups were formed on social media, with thousands of participants later taking part in on-line contests to design the nation’s national symbols.

All this was by a whole order of magnitude far more than we (the core team working on Asgardia) had dared to expect as we were preparing the roll-out. Many volunteers from all over the world joined us, all sharing their desire to help in building Asgardia and taking it upon themselves to support many of the coordination tasks.

Today these people are part of a dedicated team known as Civic.Asgardia which is providing constant support and supervision of all community on-line activities, the website and social media channels.

The philosophy of the Asgardia nation as a whole is to unite humanity by transcending Earthly borders and, in doing so, to help the preservation of planet Earth and ultimately the human species.

Our legal approach is to give precedence to the new ‘astropolitics’ over conventional global politics, and the space mission philosophy will start with the launch of the first satellite, Asgardia-1, by the end of 2017. 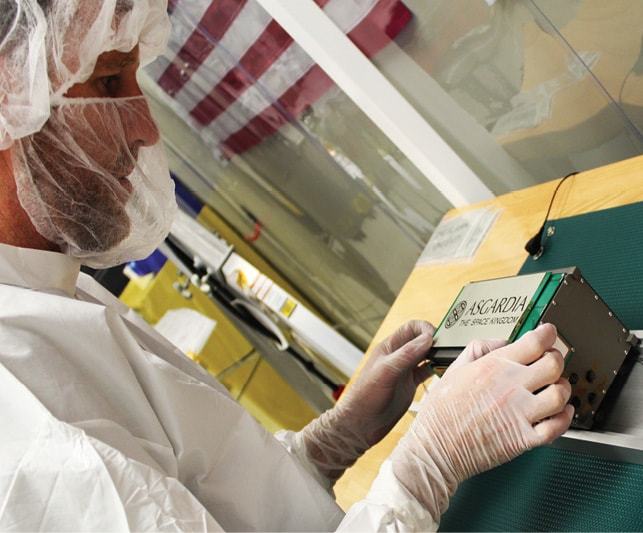 Decals being applied to the Asgardia-1 satellite.

The launch will mark the starting point of a permanent presence of Asgardia in space, thus providing a tangible ‘home ground’ and legal territory for the Asgardian nation.

Subsequent satellite launches will secure the permanence and continuity of Asgardia’s presence in space, support the development of the necessary technologies - in particular those related to shielding the Earth from outer space threats (both human-made and natural) - and, finally, to set up habitable platforms - such as so-called ‘space arks’.

At the same time, the civil processes for Asgardia are moving forwards rapidly. The first Constitution of Asgardia has been accepted by 75 percent of the voters, meaning that, as of 1 September 2017, Asgardia is not only a nation formed out of the free will of those who joined but also a legally endorsed entity governed by fundamental laws set out in its constitution.

The first Asgardian constitution, accepted by 100,000 people, already has its place in the history of humankind. Among other core postulates, the Constitution of Asgardia defines its citizenship, which is by nature different from a citizenship of any country on Earth. Thus, by becoming an Asgardian any person retains his or her original citizenship.

At the same time, Asgardia will work on achieving mutual recognition with Earthly states, achieving recognition by the United Nations, setting up embassies and establishing diplomatic relationships.

A community leader selection process is also under way at full pace and the next target is to set up a parliament and form a government in under one year.

The Asgardia-1 satellite is now in the integration hall being prepared for launch as a part of the OA-8 Cygnus mission this autumn and for subsequent deployment when the vehicle performs an additional research programme after completing its resupply mission to the International Space Station. 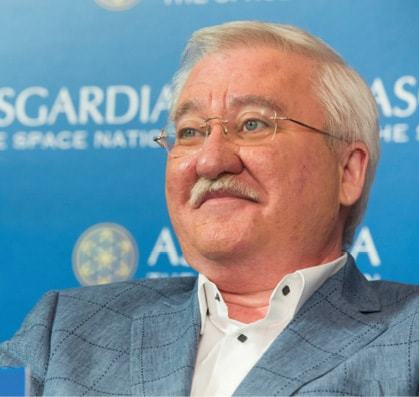 The nation’s first satellite is a beacon for the future. As the precursor to permanent settlement, it will carry into orbit any personally selected information from all the Asgardian citizens who decided to upload their files.

This data uploaded by the first 100,000 Asgardians will always be transferred to each subsequent Asgardia satellite, vehicle or platform, thus securing their place in Asgardia’s history for as long as it lasts. Or, in the other words, forever. 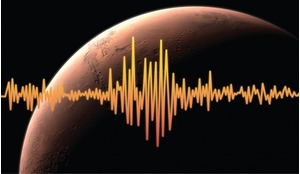