The joint project between students at the Chemistry Department at the Aristotle University in Thessaloniki (Greece) and students at the Department of Chemical, Materials and Industrial Production Engineering, University of Naples Federico II (Italy) began in November 2016. The goal of this experimental project is to raise awareness on space-related topics among students and to promote educational and scientific exchange between the universities. The Greek groups were moderated by Professor Thodoris Karapantsios, and the Italian groups were led by Professor Sergio Caserta. 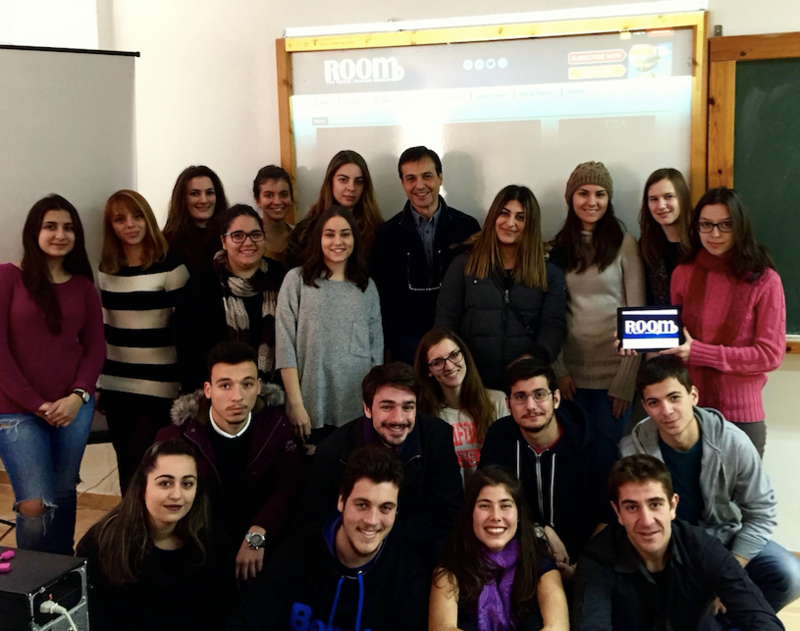 Students from the Aristotle University in Thessaloniki

In the course of the project the teams selected articles published in June and September issues of ROOM. They were then given the opportunity to exchange comments and participate in discussions on the ROOM website. The project aims to facilitate communication between university students in different European countries and increase their interest in both space-related topics and international cooperation in the fields of space exploration and astronomy. The students involved in the projects are not specializing in these fields, and as such, their views are representative of those of the general university-educated public. During the course of the project, the students debated and discussed their points of view on the selected topics in order to further discourse and promote interest in space-related fields.

The students chose to work with five ROOM articles on the following topics: protecting the Earth from space debris; the private sector of space exploration and its role in funding space missions and influencing laws that affect space research; the use of Earth-borne micro-organisms for potentially creating life in space; space tourism; the psychological and technological aspects of Moon and Mars missions. The five articles were selected based on the top articles chosen by students in each university out of two issues of ROOM.

Students from the University of Naples Federico II

The project consisted of five Greek and five Italian teams, with each team working on an article. In the first phase of the project, the students worked independently, formulating their unique view of the discussion topic. These ideas were subsequently uploaded to ROOM for open discussion. All the students were encouraged to read supplementary materials on their chosen topics before uploading their ideas online. Once uploaded, each team was required to make at least three comments on the materials posted by the appropriate team from the other university.

The project ran from November 2016 until February 15, 2017, when the students posted 500 word conclusions to the discussion for each of the articles in the project.