The European Space Agency (ESA) have teamed up with Airbus to design a new rover that will head to Mars and retrieve the first ever martian soil samples from the planet to be later brought back safely to Earth for analysis.

The rover, which will be designed by Airbus’s team in Stevenage, UK, will not bring the samples direct back to Earth itself, but will collect the material left by NASA’s Mars 2020 rover and will transfer them to an ascent vehicle, where they will be put into orbit about the Red planet, and returned to Earth by a separate spacecraft. The Mars 2020 rover is on the search for, amongst other things, signs of past microbial life on the martian surface and is set for launch in July/August 2020.

Airbus is already in the process of building another rover bound for Mars (ESA’a ExoMars rover) at its Stevenage base and after securing a contract worth £3.9 million from ESA, the knowledge and expertise mastered in that project will now be applied to designing this new mission, which aims to deliver – for the first time – material to Earth from another planet.

“Winning this contract builds on the UK’s world-renowned expertise in space and robotics which the government is supporting through the UK Space Agency and the major investments in our modern Industrial Strategy,” said UK Science Minister Sam Gyimah. “This remarkable new project, which will see samples brought back from Mars to Earth for the first time ever, demonstrates Britain’s world-leading scientific and engineering innovation.”

The announcement was made after the Science Minister paid a visit to the Harwell space cluster in Oxford, with British astronaut Tim Peake.

“This is an exciting new era where businesses and space agencies are working closer than ever before on ambitious missions to expand our knowledge of the Solar System and deliver benefits to people’s lives. The close collaboration between the UK and ESA will place Britain at the forefront of innovative missions to explore the Moon, Mars and beyond,” said Peake.

Harwell is also home to STFC RAL (Rutherford Appleton Laboratory) Space which carries out world-class space research and technology development with involvement in over 210 space missions. The company’s Autonomous Systems Group will also be contributing to the ESA Mars rover mission.

Although the UK is facing withdrawal from the European Union in a process known as “Brexit,” as ESA is independent of the European Union, the UK’s membership to the space agency will continue after Brexit has been implemented. 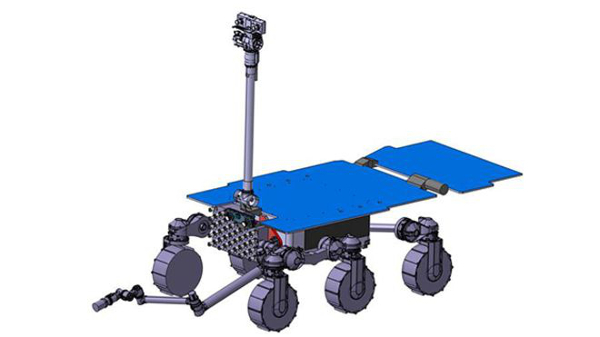