Nearly half of the pollution at sea is caused by ships accidentally or deliberately discharging crude oil. A method to effectively monitor and track the world’s shipping is imperative for curbing the environmental stresses that vessels place on our ocean ecosystems.

Such critical situational awareness – the who, where and when on the water – is given by AIS.

Automatic Identification System (AIS) is a mandatory navigation safety communications system demanded under the provisions of the Safety of Life at Sea (SOLAS) Conventions from the International Maritime Organization (IMO). It is an RF-based communications system designed originally as a collision avoidance system for large SOLAS class vessels. AIS transponders automatically broadcast information, such as their position, course, speed, rate of turn and navigational status, at regular intervals via a VHF transponder.

Ships of 300 gross tons and upwards engaged on international voyages, cargo ships of 500 gross tons and upwards not engaged on international voyages, and all passenger ships irrespective of size have to be fitted with the system. Since 2004, over 120,000 ships worldwide have installed such transponders at a combined cost of several hundred million dollars, making AIS one of the most successful maritime technology deployments of all time.

Critical situational awareness – the who, where and when on the water – is given by AIS

The prevalence of AIS transponders has resulted in the increased value of AIS data that can be used not just by ships but by naval forces, port authorities, coast guards and other competent maritime authorities to enhance the SOLAS convention and improve maritime situational awareness. While AIS has been deployed successfully, it suffers from a major limitation in that, due to the curvature of the Earth, its range is limited to approximately 40-50 nautical miles under most atmospheric conditions.

AIS - the next generation

Maritime agencies wishing to gain greater visibility into vessel traffic over a much broader area in order to enhance their operational effectiveness must turn to satellite services. Since 2009, exactEarth has been decoding AIS messages using its own constellation of satellites to deliver clear, global near real-time maritime vessel tracking information to government authorities worldwide.

The superior detection technology of these satellites supports the rapid build-up of a comprehensive and accurate picture of global shipping across the maritime domain. This is now used to support a number of maritime applications including environmental protection, detecting and curbing illegal fishing and monitoring marine pollution. In an ever-changing environment where an estimated 7 large oil spills are taking place each year dumping over 200,000 gallons of oil each time into our oceans, there is a vital need for the persistent monitoring of human activity to protect the world’s waters and marine life from ship disasters and illicit activity. Satellite AIS (S-AIS) has become a very powerful tool in the delivery of critical ship intelligence to a variety of maritime and geospatial users around the world. 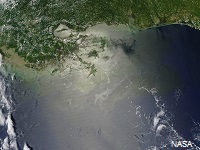 A NASA image of the Gulf of Mexico following the Deepwater Horizon oil spill and the passage of Tropical Storm Bonnie in 2010. Satellite imagery can be used to study the impact of tropical storms on an environment affected by oil spills/maritime disaster

With more than 90 percent of global trade being carried by sea, the amount of industry – petrochemical, timber, cargo, fishing - traversing the world’s waters on any given day is staggering. With shipping the anchor of the global economy, this intense level of vessel traffic is unavoidable yet it leaves increasingly detrimental marks on the marine environment. There are already “dead zones” where nothing lives, and the Great Pacific Garbage Patch.

All the time ships are transporting more commodities, including potentially hazardous materials, and this forms risks that are too great to ignore. Recent environmental disasters such as the Rena sinking off New Zealand and the BP oil spill catastrophe in the Gulf of Mexico in 2006 highlight the critical need to protect the ocean environment.

AIS for the environment

S-AIS data provides accurate information on ship behaviour and position such that determining, or definitively concluding offences such as pollution violations, route violations, or irresponsible navigation is made that much more probable for the purposes of prosecution or establishing innocence.

It can also play a critical role in preventing dumping by providing authorities with the ability to spot deviations in pre-defined routes indicating suspicious activity. S-AIS provides tracks and speed of ships to assist governments to determine whether or not a ship is in violation of existing regulations surrounding prohibited discharges.

S-AIS data has proven itself to be highly valuable for leveraging images gathered from radar satellites and can properly correlate ship positions with images contained within the radar capture. This information can then be used to correlate to other ship registry information allowing the authorities to confirm the ship is in fact the ship it claims to be. The voyage data can be used to cross check the position and course over ground to confirm that the ship is reporting accurately.

Fusing Satellite AIS with radar and optical imagery will create an accurate picture of the maritime domain to provide near real-time data eliminating the need to wait for interpolation or forecasting. It also helps to improve ship validation by implementing measurement tools with radar images as well as improve accuracy for ship identifications.

To protect offshore installations and reduce the risk of maritime accidents and the resulting marine pollution, traffic exclusion zones and precautionary areas have been established. Precautionary areas might envelop wind farms or oil and gas fields, and apply to vessels of a certain size. Vessels may be prohibited from entering certain sea areas due to environmental concerns. Other areas may be prohibited or tightly controlled due to ecological disasters, or to allow endangered marine species and organisms to thrive or recover.

The density of today’s commercial shipping routes, as based on 2008 findings by the National Center for Ecological Analysis and Synthesis

An area where authorities have a limited capability to monitor compliance is ballast water exchange. Vessels can inadvertently transfer harmful aquatic organisms in their ballast water and this has been determined to have caused a significant adverse impact on many of the world’s coastal regions. The IMO implemented regulations to help prevent the introduction of unwanted organisms by stating that vessels are required to exchange their ballast in the open ocean away from coastlines. Often this results in ships making a very definitive deviation in their course in order to do so.

In September 2011, S-AIS data was used to determine a Singaporean ship was providing false and misleading transportation logbooks to Transport Canada, stating their ballast exchange took place offshore when in fact it was only 50 nautical miles from the Nova Scotia coastline. Without being able to download the vessel’s actual track with timestamps from S-AIS data, Transport Canada would not have been able to prosecute and issue a fine.

As beneficial as the near-real time (NRT) feature of S-AIS is, so too is the ability for maritime authorities to go back in time to acquire and analyse the historical movements and patterns of transiting vessels. In particular, authorities can definitively identify ships in breach of Marine Protected Areas or Exclusive Economic Zones, enabling them to retroactively enforce the violation. Hindsight can not only provide key evidence for building present-day cases of illicit activity, it can prove instrumental in helping to develop better planning, monitoring and navigation strategies for the future.

Satellite AIS data lends itself to the creation of shipping density maps, an effective tool in the study of trends within the shipping industry and for performing in-depth global vessel pattern analysis. Density maps are particularly useful in assessing ship strike risk to large marine mammals, helping to protect the marine environment and the ocean life within it. They can also be used to develop mitigation measures as well as analysis into the efficiency of existing shipping routes around zones such as whale feeding grounds.

With shipping the anchor of the global economy, this intense level of vessel traffic is unavoidable

For maritime authorities, protecting and preserving the delicate marine ecosystem is a complicated endeavour as each day they tackle the elusive crimes of illegal fishing, breaches into Marine Protected Areas and ships unlawfully dumping oil into the water. Officials can analyse maritime traffic patterns in geo-fenced areas and develop effective refinements and routing changes to ensure vessels avoid the protected zones in the future.

The more accurate a picture of global shipping offered by S-AIS provides maritime authorities with a better understanding of the who, what, when, and where of shipping, which promotes a more comprehensive situational awareness of ship activities, and enables authorities to develop more effective preventive strategies to reduce environmental risk. 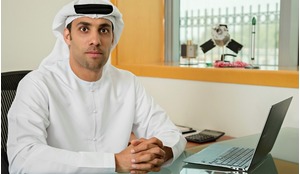 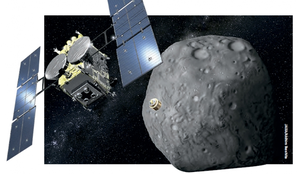 Visiting an asteroid to find out how life began 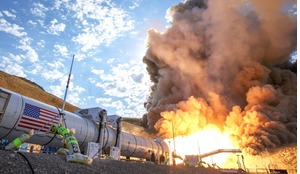