In his inspirational presentation at TEDxESA: Science Beyond Fiction, Rick Tumlinson talked about space exploration as not a possible reality but as a modern reality, the reality of today. His unique approach to space exploration lies in the initial assuredness that any and all technological discoveries and advances are only a matter of time, at most a matter of money, but in no way block the route to space colonisation.

What does impede humanity’s advancement into the future are our own limitations, the limits we set for ourselves. It is almost a life lesson as much as a call to open space. In. Tumlinson’s own words: “When Kennedy said, ‘We go because it’s hard’, to me, it doesn’t mean that it was the engineering or the technology that was hard. We are what is hard. Overcoming our limits is what is hard to do. It’s not about the rocket equation, it’s not about physics - we solve those issues every single day. Everyday, something that was science fiction, fantasy or voodoo a few years before, turns into reality. It’s an amazing time, and it’s accelerating. And it’s getting faster. Because we are pushing beyond our limits. After all, what is an astronaut but somebody who didn’t believe in their limits? And that is what we as a culture have to do - blow out of our limits.”

Tumlinson comes from a long line of people who didn’t believe in limits. His family was one of the first 300 families to settle Texas. Tumlinson’s own life has been full of firsts - first ever paid political radio announcement for space, first private foundation dedicated to funding space (in the 1990s he ran the Foundation for the International Non-Governmental Development of Space (FINDS), which Tumlinson co-founded and which gave $100k to start the Mars Society); on the first board of the X Prize, and the first commercial space station (for 9 months he and his partners leased the Russian Mir space facility). It only makes sense that his dreams include planting a tree on Mars and growing flowers on the Moon. All firsts borne out of a mind with no limitations.

To all my friends in the space field, I have to say, it is time to come out of the airlock. Come out and admit that you share a dream

As one of the few people who successfully and continuously bridges the gap between the historical and philosophical origins of space exploration and the modern science, business and financial structure that enables us to make space settlement a near-future reality, Tumlinson is fascinating.

Back at the turn of the 20th century, a pioneer of astronautics theory Konstantin Tsiolkovsky believed that humanity is destined to colonise space. As Tsiolkovsky succinctly put it, ‘Earth is the cradle of humanity, but one cannot live in the cradle forever’.

Space exploration originated in the idea that we are destined to live on other planets, that Earth is a starting point from which we will move on, bringing and creating life in the outer corners of the universe. It is, essentially, a global ‘Manifest Destiny’ that pushed us to not only look up at the skies but to actively seek the means to go into space. But as the Cold War and the Space Race took hold of the world, the philosophical ideas behind space exploration took a back seat to competition for technological advancement.

For many decades, the ideological push behind space innovation was based on pure competition between nations, a kind of technical antagonism. Of course, one cannot discard such motivation - after all, it led to the first man in space, to man’s first steps on the Moon and to setting up the technological foundation for modern space science.

But Tumlinson correctly notes that today technological solutions are found on a daily basis and what’s needed, what’s missing in giving an extra push for the next giant leap for mankind, is the sense of purpose and belonging not to one planet but to a universe of planets, to many universes which are our own, which are our future, which are ours to explore and inhabit.

Tumlinson states: “To all my friends in the space field, I have to say, it is time to come out of the airlock. Come out and admit that you share a dream. And, if you do, align yourself with that dream. It is your turn. It is your time to make this happen so that these generations, these young people, have a place to go, and a dream to hold on to.”

He is, for all intents and purposes, bringing the dream back into the science of space. And aside from his immense practical contributions to the field of space science, his passion for dreaming, his ardent belief in the idea that space colonisation is not only our destiny but our indelible right, are absolutely invaluable.

Tumlinson’s passion for space enables him to bring up points that are rarely discussed in the space science community. As we continue our efforts in search of life on other planets, we scarcely ever consider the possibility that life on other planets is a matter of time rather than location.

And yet, we may very well be the life that will develop in space as we progress and bring life from Earth to other planets. Tumlinson dares to dream that life already exists on other planets, because life exists on Earth. And it’s only a matter of time until visiting friends on Mars is as easy as visiting them in London. 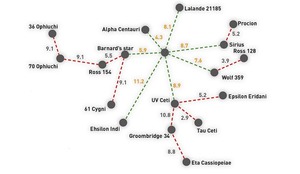 The real Interstellar: space travel theories from Tsiolkovsky to wormholes 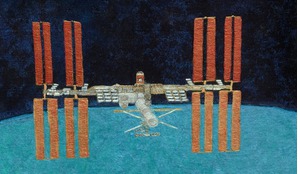 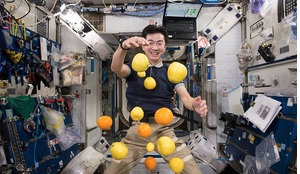 Baikonur, Kibo and beyond: Japan’s leading role in space