Today NASA is developing the missions of the future. We are working to extend human presence into the solar system by developing the new technologies and advanced capabilities that are essential to safely take us from missions such as the International Space Station (ISS), which rely on close contact with Earth, to those that are Earth-independent. Self-sufficiency is essential to an eventual crewed landing on Mars.

Later this year, NASA will launch the first test flight of the Orion spacecraft. We are building the rocket that will carry us out into the solar system. We are operating numerous Earth and space science missions, studying our Sun, exploring our solar system, searching our galaxy for Earth-like planets, and looking back to the beginning of time as we explore the outermost reaches of our universe.

Our near-term activities on our human journey to Mars are going to be defined by a regular cadence of compelling human and robotic missions building to more complex missions over time, from a one-year increment aboard the station, to the proving ground of a mission to an asteroid and, finally, to an Earth-independent mission to Mars.

Groundbreaking space technologies will help enable these missions, stimulate the economy, contribute to the nation’s global competitiveness, and inspire the next generation of scientists, engineers and explorers. With the Space Launch System heavy lift rocket and Orion spacecraft coming online soon, the next great leaps in space exploration are within our grasp, but these leaps require our continued investments in technology today. 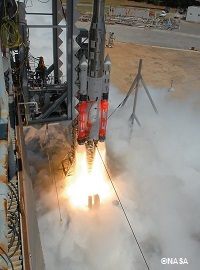 A 5 per cent scale model of the Space Launch System (SLS) is ignited at NASA’s Marshall Space Flight Center. SLS will be the most powerful rocket ever built for deep-space missions, including to an asteroid and ultimately to Mars

The technology we need for these bold missions includes those that fly, such as advanced launch systems, lightweight composite structures, in-space high-efficiency propulsion, more capable scientific telescopes, and larger landing systems. But equally important are those that stay right here on the ground, such as advanced manufacturing, automated test and evaluation, data assimilation techniques, and new engineering design tools. Both are essential in terms of improving capability and affordability, as well as reducing risk.

I believe that in order to realise our goal of expanding human presence into the solar system, we need to consider the following challenges and opportunities.

First, it is difficult to predict where an innovative idea will originate, what it will grow into, and what problems it may be employed to solve. We need to incentivise innovation because if we only prescribe technical solutions from the top down, we miss potential game-changers that emerge from the bottom up, from the fertile minds of people everywhere. We should encourage innovators within government, academia and commercial industry to collaborate on new emerging technologies that may enable spaceflight capabilities that were previously unattainable. NASA is working to engage citizen scientists, Makers, students, industry and the general public in our work through a variety of programmes, including prizes and challenges.

Second, it is naive to think that we can turn off technology investment like a spigot and expect it to instantly rebound once we turn that spigot back on. We need to balance as well as stabilise the investment between basic and applied technology research so that we have the key fundamental understanding needed to move from applied research to robust operation. Progression from basic to applied technology rarely happens in a straight line, and we need to be ready to support the process as a whole. As history has shown us, stability in technology investment is essential.

Third, we need to find opportunities to rigorously mature promising technologies in an operationally authentic environment so that they will get used in our missions. When we develop technology, we should embrace tests that fail because those are the only tests that tell us what we still need to learn. 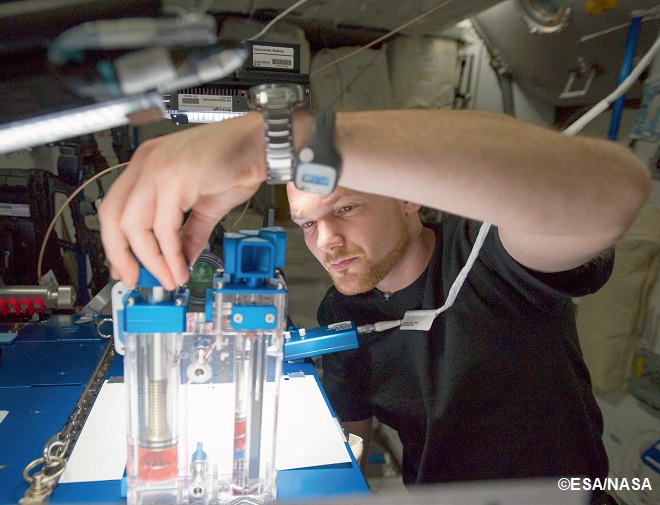 ESA astronaut Alexander Gerst, who recently returned to Earth after nearly six months, conducts an experiment in the European-built Microgravity Science Glovebox. More needs to be done to make the resources of the ISS available to the wider research community

In essence, the only tests that truly fail are those from which we fail to learn. We’ve built a great laboratory orbiting in space, staffed it with six astronauts, for the next decade. It’s a great opportunity to develop technology and practise operations in an authentic yet risk tolerant environment. We need to open the doors of this laboratory to the broader technology research community.

Fourth, we can always do more to understand the technology developments that are occurring outside of NASA, in industry and academia, so that we do not suffer the inefficiencies of duplication, fail to leverage other possibly greater investments, or dis-enfranchise the broader technology research community. And, we need to manage technology investment in a measureable way so that we have a better understanding of our progress in fulfilling a needed capability, when certain avenues of inquiry should be stopped, and when we’ve achieved what we set out to do, so we can allocate those precious resources to the next technology need.

The technology we build to carry us out there will make life on Earth better. Just as we cannot know where an innovative idea will come from, we can’t say now what technologies developed for space will become integral to our future everyday lives. But we know from history that innovators will take technologies created for use in space and apply them to new hardware and businesses and industries.

Exploration demands a sense of urgency. People love a challenge, they thrive on showing what they can accomplish, they revel in making the seemingly impossible, possible, they take pride in contributing to something that’s much bigger than themselves, and they want to make a difference. I encourage everyone to develop that urgency so that we can show that nothing is impossible. 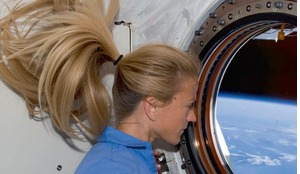