Solar Orbiter is the first M-class mission in the European Space Agency’s Cosmic Vision programme, due for launch in 2018. It builds on the agency’s hugely successful missions such as SOHO and Ulysses. Like those previous spacecraft, it is a collaboration between ESA and NASA, and includes major scientific payloads from the United States. NASA will also provide the launch.

Airbus Defence and Space in Stevenage, UK, is the prime contractor for this mission that will fly closer to the Sun than any mission before and uniquely measure both the environment in the heliosphere and on the solar disc and i ts immediate environment.

The key scientific goals of the mission are to answer pivotal questions about our Sun and how it interacts with the rest of the Solar System. Orbiting at a closest approach distance of 0.28 AU, inside the orbit of Mercury, Solar Orbiter will study in unprecedented detail how our Sun creates and controls the heliosphere, the bubble of space filled with particles and fields in which the Earth orbits. It will answer questions such as: how solar eruptions produce energetic particle radiation that fills the heliosphere; how the Sun’s magnetic dynamo works and drives connections between the Sun and the heliosphere; how and where the outward flowing ‘solar wind’ plasma and magnetic field originate in the Sun’s outer atmosphere; and how transient magnetic activity on the Sun drives heliospheric variability. 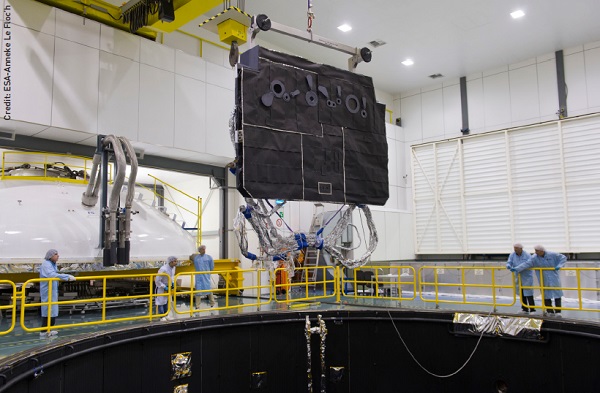 The essential sunshield is placed in ESA’s Large Space Simulator for testing.

To achieve this list of goals Solar Orbiter is completely packed with scientific instruments. The instrument suites themselves account for over 40 pieces of equipment to be housed, requiring 37 unobstructed fields of view. Accommodating these within a spacecraft, alongside the propulsion system to reach the Sun, the equipment necessary to control the satellite during long periods of autonomous operation and communicate with the Earth over very long distances, means that the platform had to be tailor-made.

The mission will last about 10 y ears and will include eight gravity assisted manoeuvres to both establish the correct solar orbit and to take the spacecraft out of the ecliptic plane. Each orbit will take 6 months.

Solar Orbiter has to travel close to the Sun, out of the ecliptic plane (where the planets all reside), so it can observe the poles of the Sun as well as the equator. This unique orbit will make it possible to conduct long duration observations of the same region by matching as closely as possible the spacecraft’s angular velocity with that of the Sun. The advanced instrument suites will take remote measurements of the Sun and outer solar atmosphere, known as the corona, and also in-situ measurements of fields and particles.

As befits such an ambitious mission, there are a number of design challenges. Due to the constraints of the launcher fairing envelope, the spacecraft has to pack an a wful lot of equipment and instruments into a very tight space. This in turn creates huge challenges to achieve the requirements relating to electrical, magnetic, particulate and molecular contamination as well as issues around integration and testing. The stowed configuration of the spacecraft at launch must occupy no more than 2.5x2.5x3.5m whereas the deployed spacecraft in its solar orbit has a size envelope of around 17x12x6m.

The signal strength is 225 million billion times less than for near- Earth missions and so the spacecraft is equipped with a state-of-theart deep space transponder.

The spacecraft is travelling so close to the S un that the solar flux it will experience is 12 times higher than satellites in Earth orbit, and 25 times higher than experienced on the surface of the Earth. This will result in a range of temperatures across the spacecraft that goes from 600°C on the Sun-ward facing side to -200 degrees on the side facing deep space.

To ensure the spacecraft can survive this, the guidance, navigation & control system (GNC) will ensure that once the spacecraft is within 0.8AU of the Sun (where 1AU equals the distance between the Sun and the Earth), it will always point its heat shield at the Sun. This means that engineers can define a “shadow region” on the spacecraft that will never see direct sunlight.

The heat shield is critical in keeping the spacecraft protected from the extremely high temperatures seen near the Sun. It is designed in several layers. The outer surface consists of high-temperature layers of titanium foil. This is followed by a gap that allows most of the Sun’s heat to be radiated away from the spacecraft, then a further layer of low-temperature foil and a support structure. The entire assembly is isolated or ‘thermally decoupled’ from the spacecraft using titanium ‘blades’ as supports.

The sunward facing surface of the titanium foil is coated with a protective layer called SolarBlack. This has been developed specifically for Solar Orbiter and will allow the spacecraft to experience temperatures as high as 600°C and very high doses of UV radiation without any degradation in performance. 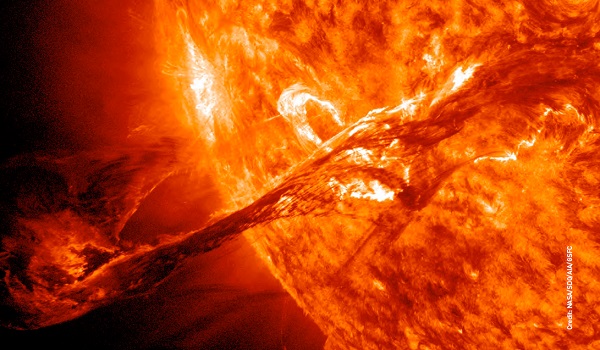 Solar Orbiter will have plenty to study on the dynamic Sun.

SolarBlack is a natural product, a black powder containing phosphorous, calcium, carbon, oxygen and silicon. This is applied to the titanium foil by a patented process that locks the constituents onto the surface at room temperature. It is UV stable, conductive, tolerant to both high and low temperatures and shows very stable thermo-optical properties.

Slightly larger than the spacecraft’s body, the over-sized sunshield ensures that the spacecraft remains in shadow and that the solar flux received by the spacecraft’s electronics and mechanisms is limited. The difficulty is that to study the Sun, the instruments must be able to see the fearsome solar disc. So, the he at shield has built-in apertures, known as feed-throughs, that allow solar flux directly into the remote sensing instruments. These apertures can be covered by doors when the instrument is not in use or needs to be protected.

New high-temperature Solar Array technology has been used that allows the solar panels to operate in temperatures as high as 300°Celsius. When the spacecraft is close to the S un, the panels will be ang led to reduce their solar flux levels and keep their temperature down.

The distance between the spacecraft and the Earth, which can reach up to 300 million kilometres, makes communications a challenge. The signal strength is 225 million billion times less than for near-Earth missions and so the spacecraft is equipped with a state-of-theart deep space transponder. The spacecraft implements a ‘store and forward’ approach onboard, ensuring no science data is lost during periods of no contact which can last up to 2.5 months. These blackouts take place because the Sun, the Earth and the spacecraft are sometimes directly in line.

Cleanliness, both molecular and particulate, is another critical design factor. In particular, precision optical instruments must operate in extremely clean environments to avoid performance loss. Cleanliness considerations will be applied throughout the spacecraft assembly phase in a clean room environment including constant nitrogen purging of the instruments right through to launch. 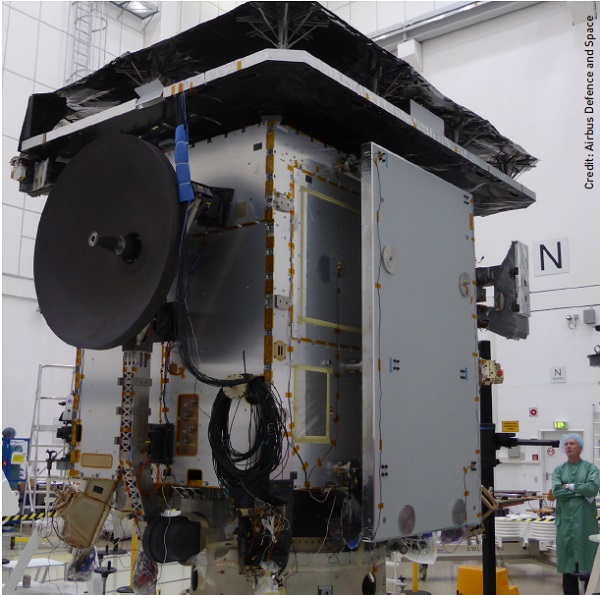 The Solar Orbiter mechanical and thermal model in the clean room at the test facility in Germany.

Careful thruster placement and operating modes in orbit are incorporated into the design to avoid contamination by unspent fuel and all materials used in the spacecraft have been selected following detailed on-orbit contamination analysis and predictions.

A number of the instruments are designed to monitor the magnetic field of the Sun and so they need to be protected from any magnetic fields generated by the spacecraft. The spacecraft electronics and motors are a potential source of electromagnetic interference to these in-situ instruments. The spacecraft is being designed to minimise charged particle deflection, radio wave interference, and electrostatic charging and the levels of varying and static magnetic fields are minimised. Again, careful consideration has been given to allowable materials, the demagnitisation of equipments, shielding where appropriate, and the extensive use of conductive coatings and grounding strategies.

...the heat shield has built-in apertures, known as feedthroughs, that allow solar flux directly into the remote sensing instruments 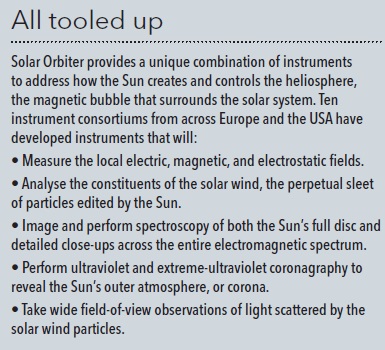 The Solar Orbiter project is a major undertaking and is pushing satellite technology to its very limits. It uses over 80 suppliers of major spacecraft parts from over 20 countries.

The crucial Solar Orbiter structural test model is currently undergoing testing at a facility in Germany to ensure that all mechanical and thermal design challenges have been met. A number of pieces, large and small, of the actual flight model are already being built and some are approaching build completion. The flight model spacecraft assembly will begin in earnest in 2016, to be ready for test in 2017. Launch is expected in 2018. 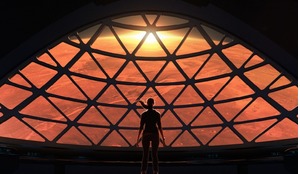 Elon Musk and Mars - looking for a snowball effect 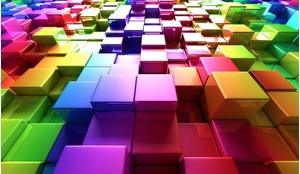