Astronauts may currently be prohibited from drinking alcohol in space but Chris Carberry argues that as humanity establishes permanent colonies in orbit and settlements on other planets, the consumption and production of alcoholic beverages is inevitable. After all, with evidence of deliberate fermentation of alcohol going back more than 9,000 years, drinking for pleasure and ceremonial purposes has long been a staple of human culture.

A bottle of Dom Perignon, vintage 2265, tumbles through space on a seemingly endless voyage. Unless this fine Champagne is somehow intercepted along its path, its inertia may carry it onward for millions of years. The bottle grows ever larger on the screen and then, without warning, it explodes on the surface of what appears to be the off-white hull of a ship, with the camera panning out to reveal the name, ‘USS Enterprise: NCC 1701-B’.

Perhaps no other scene depicts more literally the phrase ‘alcohol in space’ than this opening scene of the 1994 film, Star Trek Generations. In this 23rd century ship christening ceremony, we see a new Starship Enterprise entering service in a fictional, futuristic society where alcoholic beverages are as ubiquitous in space as they are on Earth today.

While we have no true idea what future spaceships will actually look like, for better or for worse alcoholic beverages will almost inevitably travel into the expanse with future settlers and will eventually be manufactured at their new interplanetary homes.

Space will present a whole raft of challenges for alcohol production. When European settlers arrived in the Americas they found a continent teeming with life, where crops could be plentiful without new techniques or technologies. In contrast, perfecting agricultural techniques in space will be far more difficult and challenging - and alcohol certainly will not be the first priority. As the author, Andy Weir, commented, “Alcohol is just about the least-efficient use of crops. It takes a huge amount of otherwise edible food to make a small amount of alcohol. So, while it would certainly be a produced item in future space colonies, it wouldn’t come about until they had a very plentiful food production capability.”

Read more about the future of space drinking in the full version of this article, available now to our subscribers. 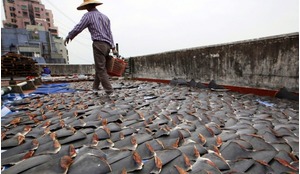 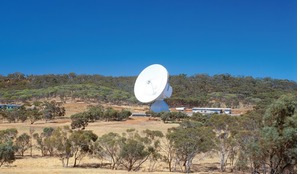