With a multitude of astronomical phenomena shining their light in one of the most unexplored electromagnetic windows on the Universe, a proposed breakthrough observatory mission aims to look where no one has looked before and capture the secrets of some of the brightest objects known to us. Known as e-ASTROGAM, the programme will study non-thermal processes produced from sources such as supernovae, pulsars and even gravitational waves, to learn more about the high-energy Universe with unprecedented sensitivity and resolution.

The night sky has been a source of wonder and mystery for millennia. The Universe contains objects producing a vast range of radiation with wavelengths either too short or too long for our eyes to see, instead needing dedicated astronomical instruments with which to view them. It has only been in the past few decades that we have been able to look at the Universe over the entire electromagnetic spectrum - the keyword for this recent field of investigation is ‘multiwavelength’ astronomy.

Fortunately, from the perspective of life on Earth, our atmosphere blocks a large part of harmful radiation from space. This however is not such good news for anyone wanting to study astronomical phenomena that emit high-energy photons, as these are absorbed by the protective cloud layers that make up our skies. It has thus only been possible to study photons with infrared, ultraviolet, X-ray and gamma-ray wavelengths in the wake of the rocket era, when scientists could send instruments above the Earth to get a view from space.

Photons at the higher end of the electromagnetic spectrum, i.e. gamma-ray wavelengths that have an energy range above a Mega electron volt (MeV), are one million times more energetic than visible light. As such they are able to create an electron-antielectron pair consistently with the well-known Einstein’s relation E=mc2 . They are therefore particularly important in multiwavelength observations as they are the highest energy emissions that we know of and, subsequently, they allow astronomers to sample and probe the most energetic (non-thermal) processes in the Universe.

Find out more about e-ASTROGAM and the study of non-thermal processes in space in the full version of the article, available now to our subscribers. 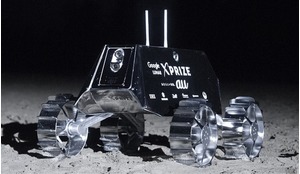 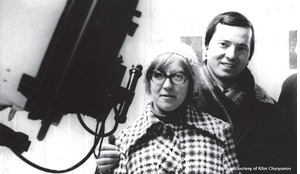 Canadarm2 - 20 years of Canadian space robotics on the ISS