The Resource Prospector (RP) mission follows the path-finding approaches of the Lunar Crater Observation and Sensing Satellite (LCROSS), which confirmed the presence of water-ice on the Moon and established a new lightweight approach to project and mission execution that was considerably cheaper and faster than traditional NASA missions.

In common with LCROSS, RP has been designated a ‘Class D’ mission. This is the most risk-tolerant mission class within the NASA risk framework and, as such, is given more latitude to accept higher levels of residual risk. The intention is that by saving money normally spent attempting to assure a single mission’s success, more missions can be funded. A well-designed portfolio can accept occasional mission failure, as it achieves more for the same investment of resources.

RP is also assessing both international and commercial partnerships as a means to maximise return on investment. International partnerships can provide both capability synergies and cost-sharing opportunities, while evolving ‘new space’ commercial options are revealing new approaches to acquiring cost-effective services. RP would be the next pathfinder mission to both enable exploration capabilities for future missions and continue to evolve cost-effective approaches for NASA. 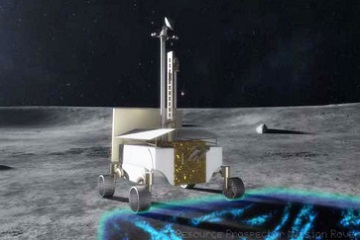 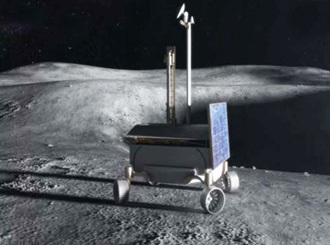 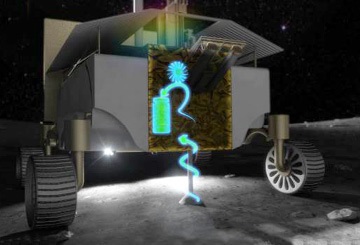 Three illustrations showing (1) how RP volatile prospecting would work during actual lunar roving, (2) the RP rover charging in the Sun and (3) excavating lunar regolith from as deep as 1m below the surface, and processing in the OVEN subsystem.

Resource Prospector is a Phase A project, managed within the Advanced Exploration Systems (AES) Division of NASA’s Human Exploration and Operations Mission Directorate and is currently planned for launch in 2021. The RP team ihas built a clever terrestrial Engineering Test Unit (ETU), known as RP15, to mature technologies, perform risk reduction and practice how to operate the actual mission.

Both RP and RP15 seek the same functionality in general; however, RP15 sought to create a near-term platform from which the engineering team could optimise the design. The flight mission (RP) is designed to prospect the lunar surface, create a map revealing the nature and distribution of volatiles and perform an early demonstration of materials processing on the lunar surface. RP15 enables early testing of some of the most important capabilities required to execute the RP flight plan. RP mission functionality and RP15 test functionality is as follows:

In summary, the RP15 build of the RP flight system will greatly reduce system risk, reducing redesign costs later in the development flow.

We discovered a surplus TDRSS satellite propulsion tank, which with some minor modifications became the main propellant tank on LCROSS!

As illustrated above, the RP mission is fairly complex and yet the team has been challenged to approach mission development differently - similar to what was accomplished on the LCROSS mission.

Spaceflight is historically expensive. The best starting point for making a mission more cost-effective is to challenge the notion of what is required to accomplish the mission. Space missions suffer a viscous circle: they traditionally do not deal in volume production so they are expensive; because they are expensive they ‘cannot fail’; and since they cannot fail, their success must be assured…which is expensive! The result is that mission designers spend a lot of resources attempting to assure a mission succeeds because it is too expensive to tolerate failure. However, there are ways to help strike a more efficient balance, an area in which LCROSS was a pathfinder:

Performance. The first step in containing cost and risk is to eliminate the pursuit of maximum performance, which is expensive. LCROSS was not a Faster, Better, Cheaper mission; it was a Faster, ‘Good-enough’, and therefore Cheaper mission. The spacecraft was simple by design and, as a result, was a low-risk approach.

Risk tolerance. Another way to save cost is in the risk classification of the mission. NASA carries four mission risk classification levels: A, B, C & D, wherein Class A is the least risk tolerant (expensive flagship or human spaceflight missions) and Class D is the most risk tolerant (smaller robotic missions). LCROSS and RP are both designated Class D missions. This classification enables accepting greater technical and programmatic risk, such as tight schedules or constrained funding. It also enables ‘single-string’ designs, which means that there is no redundancy, an approach that allows the mission designer to save mass, cost and schedule by streamlining both the design process and the complexity of the system.

Design to cost. This involves looking at what capabilities exist to minimally achieve mission goals. LCROSS was a design-to-cost (DTC) project: by working as much as possible with existing designs, we had a set of capabilities with which to work, and that helped to contain cost and schedule.

Risk retirement. Where custom designs are required, retire risk as soon as possible. RP is very much taking this approach with RP15, which allows changes to be made in Phase-A, when they are much easier and less costly to implement. Risk retirement also means evaluating the degree to which testing is required - if at all. There is no value in having one system with a 98 per cent confidence level when another has only a 70 per cent confidence. For example, if your communications system fails, it doesn’t matter that the other systems are working beautifully, as you are no longer able to communicate with the spacecraft!

There are traditional sources for space missions and then there are alternative sources which might enable a flight project to be more efficient. The term ‘source’ is used loosely here to apply to hardware, instruments or even people. RP is exploring a number of different source opportunities, based on some of the principals of the LCROSS mission.

LCROSS was a pathfinder for cost-constrained missions, looking to Commercial Off-the-Shelf (COTS) instruments and flight-proven instruments such as the LCROSS visible camera. Instruments from the commercial and industrial world would ideally be ruggedised to improve their chances of survival in the launch and space environments, confirmed by vacuum, temperature and vibration testing, etc.

This approach was applied across the entire suite of LCROSS instruments including a thermal camera (MID-IR1), which has been used in motorsports applications; Near-IR spectrometers (NSP1 & NSP2) used in beer-making and carpet fibre analysis for assessing recyclability; UV visible spectrometers (UVS) from standard bench-top laboratory equipment; a visible camera routinely used for Space Shuttle launch imagery; and Near-IR cameras (NIR-cam) used in fibre-optic communications applications. We also discovered a surplus TDRSS satellite propulsion tank which, with some minor modifications, became the main propellant tank on LCROSS! We even used a TRIANA satellite Inertial Measurement Unit (IMU) in the LCROSS attitude control system design. In the end, this suite of instruments and flight hardware worked flawlessly, while saving a lot of money and time.

RP is taking a similar approach, where feasible, to decreasing cost and technical risk by flying a modified version of an LCROSS spectrometer, which has now also been utilised on the LADEE mission. We’re also taking battery technologies, cells and designs from the Robonaut robot and scaling the design for RP. These batteries have already been approved for deployment on the International Space Station (ISS), in and around humans, which saves a considerable amount of labour attempting to qualify a new battery design. Furthermore, the RP flight software is based on that built and successfully flown on the LADEE mission.

Another topic affecting both cost and risk is the use of electrical, electronic and electromechanical (EEE) parts in spacecraft designs. Fifty years ago when electronic parts were starting to become mainstream, the quality of manufacturing was found to be highly variable. They were certainly not to be relied upon for important systems, such as military and spaceflight hardware, which gave birth to ‘military grade’ or military specification (MilSpec) parts manufacture. However, the necessary quality and reliability improvements drove costs skyward, making military and spaceflight hardware expensive. Meanwhile, the commercial world increasingly used electronics in its products, increasing consumer product sophistication while also increasing the demand for good quality electronic components. Today’s demands on a commercial smartphone are unforgiving, and their commercial componentry may well be sufficient for spaceflight. 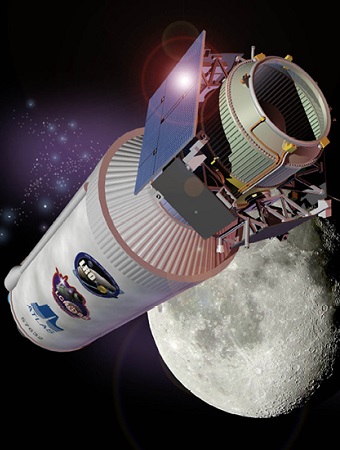 However, many spaceflight missions still automatically require MilSpec parts as a default. Space missions which will endure long exposure to radiation will likely still require radiation-hardened or ‘Rad Hard’ parts; however, if you have a limited-life mission, or can protect your electronics through other means, commercial grade parts may be sufficient. LCROSS used commercial-grade components in most of its instruments, because these were commercial instruments, intended for use in a laboratory or in automotive applications - not space.

Partnering is a term which is currently enjoying political favour but my interests are more with the direct benefits to the spaceflight project as a means to reinvent how to think of shared benefit.

Launch partnering. It’s well understood that launch vehicles are expensive, especially when the mission is having to carry the entire financial burden of the launch. However, LCROSS and LRO shared an Atlas V launch vehicle, as it enabled NASA to get two missions from the cost of one launch vehicle.

Pooled capabilities partnering. Pooling multiple mission requirements into a single requirement set can bring savings to both missions. Two lunar missions, for example, both need a launch vehicle and a lander to begin their missions on the surface of the Moon. If those missions can be manifested on the same launch and come to agreement on the nature and requirements of their trans-lunar journey, many of those required capabilities will be bought once, but enjoyed by two separate missions.

Mission element partnering. RP’s plan is to partner on its lunar lander needs. NASA would provide the rover, ISRU payload and launch vehicle, while an international or commercial partner would provide the lander. The intention would be to find a partner wherein building a lunar lander would satisfy their own exploration goals. The lander would carry the RP surface segment rover, which would prospect the surface of the Moon. Further partnering benefits could be found by having one partner’s instrument needs also satisfy another partner’s instrument needs - even for different measurements. It is not only cost-efficient, but also saves mass, volume and other factors. This is a current topic under discussion by RP and its partners regarding spectrometer measurements.

LCROSS was a pathfinder for costconstrained missions

RP will be the first ISRU demonstration on another planetary body, taking the first steps to be able to ‘live off the land’. RP is in Phase A, having successfully passed its NASA Mission Concept Review in the autumn of 2013. It is actively involved in international partnership discussions to maximise return on this novel mission within budgetary constraints. NASA will be providing the ISRU payload instrumentation, including the drill, roving mobility platform and launch vehicle. The lander will be provided either through an international partnership or through a commercial relationship for an earlier, smaller demonstration prior to a full RP mission. The mission is scheduled for a 2021 launch and NASA is working to a cost-effective $250 million budget (not including launch vehicle).

Most recently, the RP team completed the design and build of RP15, a mission-in-a-year build of an entire terrestrial rover/payload system. RP15 is a Phase A ‘deep dive’ development, moving from concept to hardware roving in a lunar-analogue rock yard within a single year. Continued RP15 testing in 2016 includes microgravity testing to test mobility in lunar conditions, as well as early thermal vacuum chamber testing to challenge some of the hardware in simulated lunar environmental conditions.

The work of the RP team can be followed at - www.nasa.gov/resource-prospector and on Twitter @NASAexplores 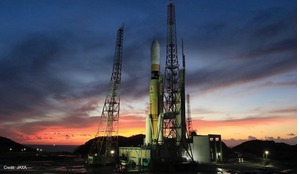 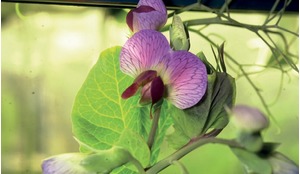 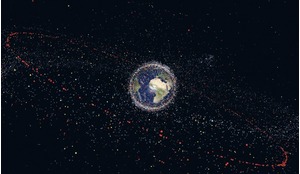