The coolest experiment on the ISS

The ISS houses many ground-breaking experiments which can only be performed in space, and the ice chest-sized Cold Atom Laboratory (CAL) is officially the ‘coolest’ suite of instruments, studying hyper-cold atoms and exploring physics at the atomic scale. Here, Emma Holling discusses the creation of Bose-Einstein Condensate in the Cold Atom Laboratory and the future applications of CAL’s research.

The Cold Atom Laboratory is a facility on the International Space Station (ISS) which utilises the unique microgravity environment in space. In July 2018, scientists used the lab to produce Bose-Einstein condensate in orbit for the first time, and in 2020 the lab was upgraded for further research.

As its name suggests, the Cold Atom Laboratory cools atoms down to around 200 nano-Kelvin by three key processes. First, a magneto-optical trap holds atoms in place, while radiation and pressure from lasers slows them down. Six lasers are focussed on the atoms, meaning whichever way the atom shifts, it will have a stream of photons exerting a force to slow it down.

While this process cools atoms to a fraction of a degree above kelvin, for Bose-Einstein Condensates to form, further cooling is required. This comes in the form of evaporative cooling, which holds the atoms so they vibrate in place, allowing the highest energy atoms to be removed – almost like siphoning off the hottest atoms. The final stage is adiabatic expansion, where the remaining atoms are allowed to expand out by reducing the strength of the magnetic field holding them.

Bose-Einstein condensate is an intriguing state of matter where supercooled bosons are in a single quantum state with the same low energy level. The group of bosons acts in a wave-like fashion (owing to the correlation of the particles), with the same wave function meaning the matter waves are coherent; with multiple condensates it is possible to observe interference, generating a clear series of minima and maxima. Perhaps more importantly, quantum effects can be observed on a much larger scale than usual, a vital discovery we will explore later. 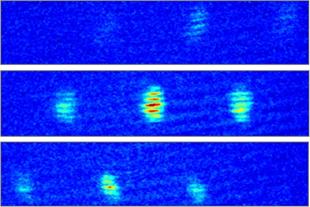 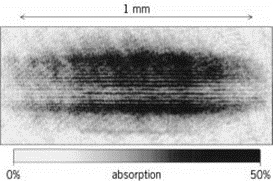 
One quantum effect is quantum tunnelling. Part of the condensate is able to overcome physical barriers, something impossible were the atoms only to obey classical mechanics. Linked to this is the Josephson-Effect, which is when an electric current is able to flow from one part of a superconductor to another passing through an insulator. The current is able to do this due to a ‘weak link’ between the macroscopic quantum objects, giving a fraction of the condensate the ability to tunnel through, but not allowing a particle in the classical sense to as the weak link’s barrier is too high.

While Bose-Einstein condensate was proposed nearly a century ago, it took 80 years for a Nobel Prize winning project to form one. Creation can be performed on Earth, but gravity means that the atoms fall out of place almost immediately. However, on the ISS, the microgravity environment allows scientists to observe the condensate for over a second rather than fractions of one - as the freefall of the atoms is indefinitely long unlike on Earth where there are gravity constraints, causing the condensate to be shifted within its formation chamber. Bose-Einstein condensate can also be created in seconds, giving physicists more opportunities to perform repeats and adjust their experiments.

Further research into the quantum effects demonstrated by Bose-Einstein Condensate is vital to the progression of quantum computing, and so too is the development of the Cold Atom Laboratory. Quantum computers use qubits for calculations, and investigations into different systems for their creation are currently underway. One of the biggest challenges is maintaining coherence, as quantum states are very sensitive to their environments.

Today, information is stored on computers using macroscopic objects, and while it was initially thought that this would be impossible for quantum computers, owing to quantum effects often disappearing for larger objects, Bose-Einstein condensate may defy this thinking. As quantum effects can be seen on a macro level in Bose Einstein, it may be possible to encode the condensate and then use it in quantum computing to create qubits. The next step is to discover the feasibility of encoding the condensate, and if successful this could open up a world of possibility for technological advancement.

To allow for advanced research, in 2019 the laboratory was upgraded to include an interferometer which significantly increases the Cold Atom Lab’s abilities. Astronauts Christina Koch and Jessica Meir removed the old Science Module and upgraded it by connecting 11 fibre optic cables to the new module. The wire cores were thinner than a human hair, and if snapped or scratched, this could have ended the mission. The incredible astronauts completed this precision mission successfully.

Now with the interferometer, not only can atoms be supercooled and observed on a microscopic scale, but the waves can be split and recombined, allowing for cutting-edge research into the fundamental physics of the universe.

To do this the Bose-Einstein condensate is irradiated, separating the atoms and then allowing them to come back together and superpose. The interference pattern is clearly visible, owing to the coherence of the waves, and with some adjustment there is hope that physicists will be able to measure the effects of gravitational waves to a high level of precision by measuring interesting disruptions to the condensate.

Emma Holling is a UK student passionate about helping people see the value of the space industry and their place within it. When she’s not studying for a physics degree, Emma works with schools; produces a variety of online content (including webinars and podcasts); and is an Outreach Ambassador with New Voices in Space.

This is the third monthly article in our ‘New Voices in Space’ series authored by young scientists and engineers involved in the space business. The first two articles are Taking quantum into space by Sonali Mohaptra and NASA’s women of inspiration by Mansi Joshi. 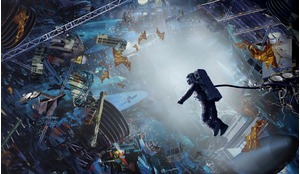 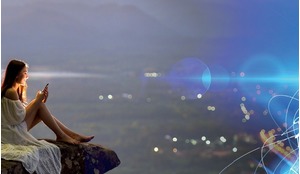