Over the past six decades the world has moved through a number of very different eras and now anticipates a fascinating, yet uncertain, future in space. Our ability to make use of the immediate vicinity of our planet has multiplied from the first lone Sputnik satellite to more than a thousand satellites today. What are the primary satellite applications and what are their evolving regulatory needs? How will we meet these new requirements, and who will take responsibility for these, so that our satellites can continue to provide their vital services? In short how do we create the future?

We use the term satellites every day, but what does this word really mean?

The first use of the term satellites goes back to the discovery of the telescope and Galileo’s discovery of the moons of Jupiter. He needed a name to describe these small objects, rapidly rotating about the giant planet, which was named after the powerful king of the gods, master of the sky and thunder of the ancient Romans.

In Latin, a satelles (or plural satellitis) was an attendant or servant of a powerful person, often a slave, scurrying about doing the bidding of its master. This seemed an appropriate name for these newly discovered objects, and so they became known as satellites.

Once Sputnik was launched, for several years, objects launched into orbit were termed artificial satellites, but today we simply know them as satellites. And it is an appropriate term. They are our servants, the servants of humanity, scurrying about our planet, doing our bidding and serving our needs, providing a wide range of very practical and useful services.

The satellite segment is $230 billion in annual global revenue and continues to grow. Over half of this ($123 billion) is made up of satellite services, with ground equipment some $60 billion (including GPS receivers), satellite manufacturing some $15 billion, and the launch industry some $6 billion. Most of this represents the commercial satellite telecommunications industry.

Read more about the future of regulating space applications in the full version of the article, available now to our subscribers. 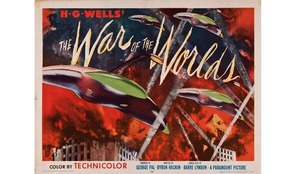