Scanning the skies for exoplanets

Picking up where Kepler left off, NASA’s Transiting Exoplanet Survey Satellite (TESS) has begun to scan the skies with high hopes of matching, if not surpassing its predecessor by finding a treasure trove of exoplanets and perhaps landing the ultimate prize in planet-hunting; Earth II. But, in the meantime, the satellite has already made several interesting finds as scientists pick through information from its first data release.

Late last year saw the retirement of one of the most formidable planet-hunting satellites that a space agency has ever sent into space, Kepler. During its lifetime, Kepler observed an astonishing 530,506 stars and found over 2660 exoplanets. Its discoveries revolutionised the field of exoplanet studies as it revealed a plethora of alien worlds that were so very different from the type we were accustomed to seeing in our own solar backyard. ‘Hot Jupiters’ and ‘sub-Neptunes,’ the latter of which became the most common size of planet Kepler identified, are now commonplace terms to describe just some of the planets it found - words that before the launch of Kepler were virtually unheard of.

However, after overcoming a few technical hitches and eventually running out of fuel, Kepler has been placed in a safe orbit around the Sun to while away the rest of its days. Despite its bumper haul of new worlds, Kepler has really just scratched the surface in the search for Earth-like exoplanets and a true home-away-from-home still remains at large. With thousands more worlds left to uncover, NASA has already dispatched a replacement to carry on where Kepler left off.

Launched in April 2018, the Transiting Exoplanet Survey Satellite (TESS) is designed to search for planets in the Earth to Neptune mass/radius range - around 200,000 nearby main-sequence dwarf stars. Its prime mission will initially last two years (though many spacecraft famously go on to extend their initial missions by a considerable amount, including Kepler, Cassini and Voyager 1 and 2 to name just a few). During this period, the satellite will survey nearly the entire sky by scanning contiguous overlapping sectors for 27 days at a time, each measuring 24 x 90 degrees - an area of sky that will be 400 times larger than that covered by Kepler. 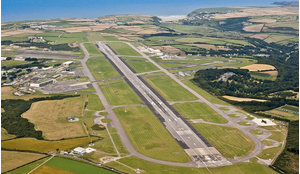 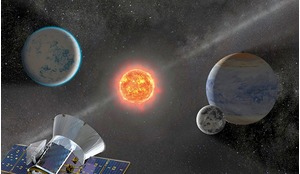 Scanning the skies for exoplanets