A new space era is slowly coming into focus. It is a future where space agencies won’t be the only actors and will increasingly expand their partnerships with the private sector. As part of its policy to actively cultivate this new space agenda, the European Space Agency (ESA) organised a new kind of event in London during the autumn to which it invited space and non-space industry representatives to sit together for the first time and exchange ideas on what the future of space exploration holds for them - both on Earth and in space. The ‘Space for Inspiration - ISS and beyond’ event was an open invitation to a broader community to join the space club. It was also a unique opportunity to build cross-sector relationships and learn about promising research taking place in orbit.

When nearly 300 people gathered in one of the world’s most renowned science venues, the London Science Museum, on 14-15 September, just one third of the audience came from industry. This was part of the plan because the idea was to engage new stakeholders from institutional and private sectors with the non-space community. There was much talk about the value and benefits resulting from the International Space Station (ISS), a global platform for research and development with scientists from over 90 nations running experiments to drive innovation.

Find out more about ESA's “Space for Inspiration – ISS and beyond” event in the full version of the article, available now to our subscribers. 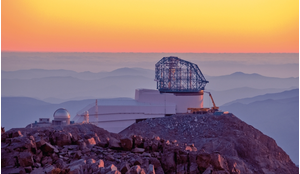 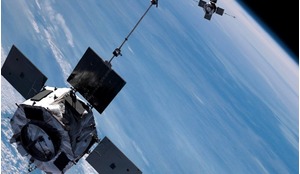